Economic Argument for the Professional Model

There are several lines of argument that favour the professional model for higher education over the current triad model of institutional service providers (universities/colleges), government funding and union labour representation - with intersection on topics such as economics, labour, stewardship, access, and ethics.

The following argument is economic and has important implications for higher education labour conditions, access and ethics.

Relationship Between the Models
The relationship between the triad and professional alternative is an open question with responses that plot a continuum from the collaborative to the competitive.

In the collaborative range a college or university looking for expansion with a local, national or international school or to increase the number of students it can service within its existing operation might choose the professional model.  With appropriate autonomy from the host institution both the triad and professional models can co-exist with mutual benefit.

For instance, in light of the current austerity in higher education the reality is that triad institutions cannot afford to expand faculty or facilities to accommodate more students.  However, the professional model can make available an unlimited number of academics that provide higher education for 50-75% less than the triad or for what amounts to the advertised price of resident tuition.

In light of this if the brand name of a university or college and perhaps even some of its services or facilities were provided for a fee to professional academics in the operation of their independent private practice expansion could be accommodated.  Further, since the professional model requires only the revenue from resident tuition to operate, its opens to the host institution the full economic potential of the non-resident student market, with room for mark up.

In the competitive range, where the professional model is in place, members of the profession could jointly or severally offer their academic services to the public independently of triad brands, services or facilities.  Though universities and colleges might remain competitive vendors, the surrounding community offers what is needed to facilitate, promote and develop higher education service and often with greater variety in terms of quality and location.

But for the same reasons it makes an excellent partner of universities and colleges, the professional model is a fierce competitor to which the triad cannot independently respond.  Any institution or state that fully converted to the professional model would enjoy over those that did not the distinct advantages of unlimited service expansion, significantly lower costs and greater non-resident market share. 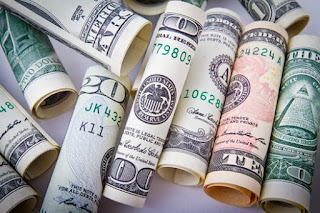 Non-resident Market Conditions
Including things like education tourism, the economic impact non-resident students have on their host institution and region is frequently ignored because their enrollment numbers are unavoidably marginal, kept low by the high tuition fees triad institutions must charge international and interstate students and the lack of adequate faculty and facilities required to service them.

[Only international students are addressed here.  Interstate students are those that attend a domestic institution in a state (or province) other than their legal residence.  While intimately related to this economic argument, the topic is important and deserves separate treatment in a future post.  For present purposes suffice it to say that the interstate enrollment figures are comparable to the international in their current marginality and potential as a desirable source of revenue, with the same beneficial implications in areas of ethics, labour, access, etc.  As such interstate students offer further support for the present argument.]

In 2011-12 there were 764,498 international students attending US universities and colleges that contributed 21.8 billion to the economy.

The Canadian circumstance is comparable with 218,200 international students and 6.9 billion contributed to the economy in 2010.

The UK, New Zealand, Australia and much of Europe present similar conditions.

These enrollment numbers represent a small fraction of the 10's of millions of eligible, eager students world-wide who are unable to access quality higher education at home or abroad because it is too expensive or limited in access and quality – in most cases as a consequence of their country adopting some form of the triad.

Population and personal wealth are on the rise in regions like India and China.  But not surprisingly state capacity to supply the demand for higher education on the triad model is wholly inadequate – after all, the paradigm cannot even be afforded by more affluent regions with longstanding systems.

In combination with the recreational tourism international students promote through family and friends, they represent an excellent revenue stream that outpaces many other exports and exhausts minimal state resources.  Students spend 6 months or more in-country and so demand a wide range of services and products – from medical and hair care to utilities and entertainment – that spur employment and commerce.

What government would not encourage significant expansion of this type of revenue stream if it could?  And it can under the professional model.

With these figures we can determine that each academic on average generates roughly $250,000 per annum in tuition fee revenue for their institution.  It is important to appreciate this figure.

It is derived from multiplication of the number of full time equivalent students (31) an academic services by the annual tuition ($8200) or the total number of full credit courses 31 students demand in a year (155) by the cost per course ($1620).

The latter method brings into relief an indicator of teaching load, understood as a measure of course enrollments serviced per year.  If each full time equivalent student represents 5 full credit courses and each academic provides service to 31 students per year, then the ratio of course enrollments to academics is 155:1.

Without elaboration, this is revenue base sufficient to support a private professional academic practice in the Humanities, Business, Law, Fine Arts, and Soft Sciences Faculties.  By close analogy, having been married to a personal injury litigator for a number of years I know it is possible to operate a private law practice with this sort of revenue.  And after researching a business plan I also know that, other expected sources aside, a quarter million dollars a year in tuition revenue is enough to operate an academic practice in my field of philosophy.

By contrast, the full cost of triad higher education is not offset by the tuition revenue its institutions collect – not nearly.  The full cost is typically 3 to 4 times that of the advertised tuition for resident students, with the difference supplied by a handful of other sources the largest of which is the public purse.

Because of this considerable public expense international students who do not contribute to the tax base of a region must pay the non-resident tuition rate - equivalent to the full cost of their education – and comparable to the tuition charged all students of private institutions not eligible for public support.

This price tag is one of the considerable barriers to increasing non-resident enrollment in regions that use the triad.

The entire cost of higher education is (or can be) borne by students in the professional model as well.  However, because the cost is as low as one-quarter that of the triad and its private counterpart, the advertised tuition covers the entire cost of providing the service and is the same for both resident and non-resident students – be they international or interstate students.

This is the sort of cost/price advantage promised but not delivered by online education, but in a traditional off line education environment, with face-to-face teaching in physical classrooms among a community of peers whose travel for higher education generates revenue and jobs not possible with online responses to the lack of triad sustainability.

The non-resident student market would break wide open were the tuition fees reduced by as much as 75%.  And since modern professions are contemporaries of the triad and its modern institutions, this non-resident market advantage (among others) has always been available.
at December 11, 2012

Higher Education Is Not A Game

[NOTE: The following is not a crisis call nor is it meant as an indictment of the integrity of the profession or any particular individual w... 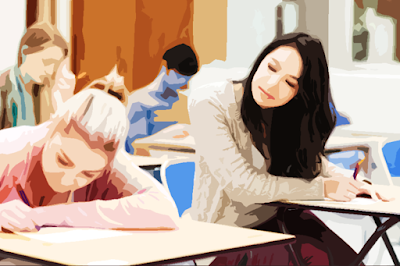 Shawn Warren
I have a PhD in philosophy. I was an adjunct for 10 years and full-time contract faculty for 4 (to present). I research HE reform.